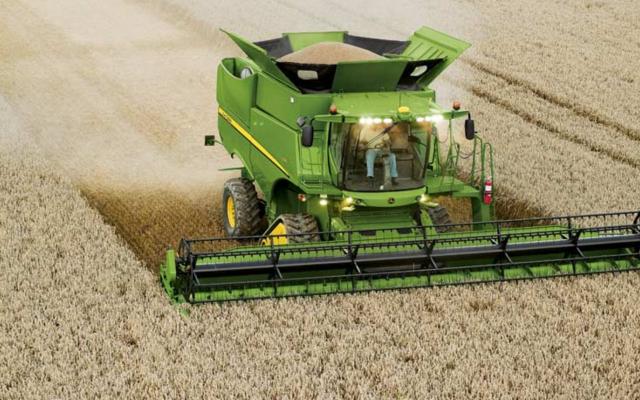 John Deere s for higher profit in agriculture
From the past 100 years John Deere is the most efficient manufacturer of farm equipment in this world. They started with the single polished plow which is made of steel in the year 1837 and then they have been in the market without any issues from the performance point of view. Now they have released John Deere s which will combine many series like S550, S660, S670, S680 and S690. The S series has got highly advanced technology which will create a perfect balance between the equipment in the front end and also with the power of machine because of which it can provide a stable deliverable with high performance every time. By spending less time in the field one can derive more grain. All the S series tractors are highly productive as it has been moulded with the energy efficiency system which will consume less fuel and energy. The prominent feature of the S series is that there is lot of space inside the deck because of which operator will have a comfortable time inside.
Features
More Space: The S series from John Deere has got more driver space. There is lot of comfort in this series compared to the old models. The driver in the cab gets a complete front view and there is enormous light inside which will help to control the equipment without any difficulty. The controls are placed in familiar positions so that driver will not have any difficulty in accessing them. Using this series one will not feel fatigue even after a long day of work.
Folding Grain tank: Without any hassle driver can get the complete hold of the grain tank from the seat. Technology in this series has seen very good growth as just a push of a button will take care of all the things. Drivers need not worry about loading auger and it is controllable from the arm in the deck.
Cleaning System: Compared to the other previous models this series has come with the unique technology which will drive the cleaning system at multi levels. They have incorporated large cleaning shoe with unique design of the machine which has increased the capacity of the system. Also the sensitivity towards slopes has been reduced so that the result will be of high quality.
Large grain tanks: Many of the old models had a less capacitive grain tank because of which people used to spend more time in unloading. In this John Deere s one can see 400 bushel grain tank in S680 and S690 models. This will hold more grains and hence one can go collect grains for time and cover more land area. This will increase the productivity of the harvesting.
Tailing system: There is a new technology added which is dedicated completely for separating the return grains. This will be active throughout the process of harvesting and one can distribute the cleaning shoe as per the requirement.
Pros: It will increase the productivity and will not give more strain for the driver inside the deck.
Cons: The cost is more but it is worth of the new features added in this series.