DAT Motorcar Co was set up in 1914, and in its initial years, it mostly manufactured trucks for the Japanese military. The DAT car was named by combining the initials of three men who invested in Kwaishinsha: Den, Aoyama and Takeuchi. When in 1931, the Japanese Imperial Government issued an official decree that cars less than 500cc in capacity could be driven without a license, the company began manufacturing small cars with 495cc engines, named Datson or Son of DAT. In 1932, the name was later changed to "Datsun" in obeisance to the sun in the Japanese flag and also because the word son could be inferred to mean loss or disadvantage in Japanese. Whatever the reasons, by 1987, Datsun as a brand ceased to exist, with all cars sold globally being branded as Nissans. In March this year, Nissan Motor Company made a significant global announcement, saying that it would revive the Datsun brand in key emerging markets across Asia and Europe, including India, Indonesia and Russia. Brazil and China could also figure in Nissans plans for Datsun, and a potential revival in North America cannot be ruled out either. 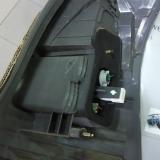