The Fisker karma is the luxury plug in hybrid electric sports car. It was produced in the year 2011 by Fisker Automotive. Valmet Automotive manufactured this car in Finland. The car is called as subcompact vehicle as the cabin interior volume is very small. The automobile was launched in the USA and later in Italy after rescheduling several times. Price of the basic model was US $102,000 and that of top model was US $116,000. The company delivered around 18K units in Europe and in the North America. Due to some financial difficulties the production of the car was suspended the end of 2012. 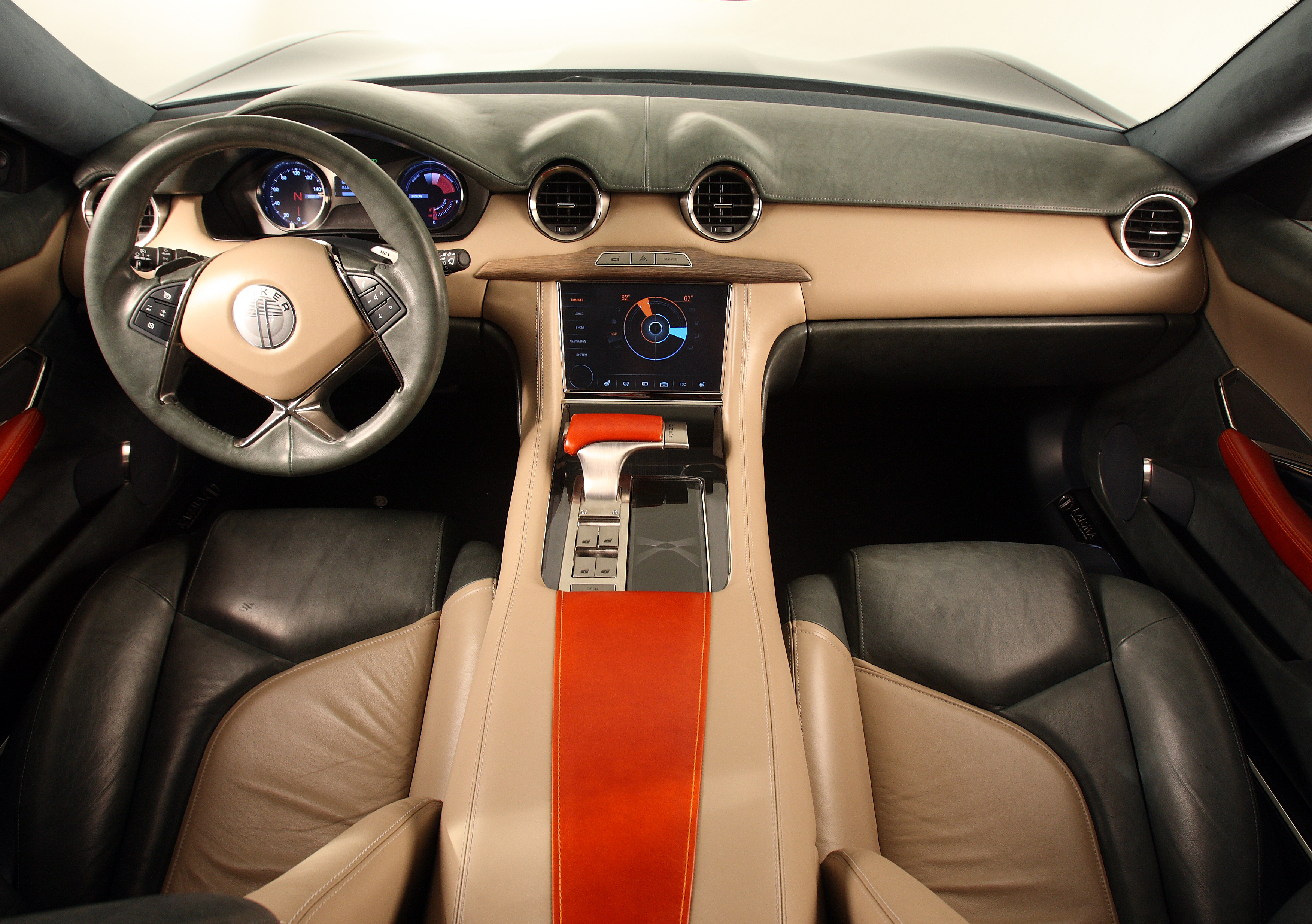 The car was first revealed in the year 2008 at the North American International Auto Show in Detroit. That was the first car from the Fisker company. The production of the car began in the year 2011 and delivered in the USA. The car had a front engine and a rear wheel drive layout. It was a 4 door sedan which was a full size luxury car. This machine is a pure hybrid model that runs on a 120kW electric motor. The lithium ion battery along with the on board is produced by A123 systems. The battery is situated between left and right hand seats which runs down the car. The battery capacity is 20.1kWh with battery voltage of 336V. The charger comes with 3.3kWh with 120V and 240V on board.

When the battery gets depleted car is made to run on the sports mode with the gasoline engine. It is a 2.0L Ecotec 4 cylinder turbocharged engine which was sourced from General motors. The fuel tank is capable of storing 9 to 35.7 gals of gasoline. The machine has 1 speed prundletronic transmission which produces a top speed of 125 MPH. The acceleration of the car 0 to 60 MPH in just 6.3 seconds. The drag coefficients are said to be 0.313 CDs and has 34,000 NM/degree of body torsional stiffness.

The features which fascinates:

The car has full length standard solar roof. The battery is able to provide up to 50 miles of driving range. The brake system consists of 4 wheel disc brakes with electro hydraulic boost. The car’s rear parking brakes are so electrically actuated. The wheel base of the car is 124.4 inches, length is 195.67 inches, width and height is 78.11 inches and 51.27 inches respectively. The curb weight of the car is 2400kg and designed by Henrik Fisker. The seating capacity of the car is 4 with 2 golf bag capacity. The architecture of the car gives 4 wheel independent suspension with short long arm. The machine has an electro hydraulic power steering with load leveling coil. The lock to lock turn is 2.7 rounds.

The Fisker karma provides multi touch and multi function haptic 10.2 touch screens. The standard audio system comes with 100W, 4 canals and 6 speakers while the premium audio system comes with 295W, 6 channels and8 speakers with a subwoofer. The audio inputs can FM, AM, MP3, USB and many other. Bluetooth with hands free phone capabilities are also supplied. Climate control, cruise control, Bi-Xenon lighting systems are the key features of the car. This is one of the finest electric cars of the world.