Experience the spirit of riding with the Mercedes-Benz w123

What does w123 indicate?

The term w-123 refers to the designation of the internal chassis used in the exclusive line of vehicles manufactured by Mercedes Benz during the period from 1976 to 1985. The Mercedes-Benz w123 easily bettered the previous W115 and W114 models and became one of the most flourishing Mercedes cars. Nearly 2.7million vehicles were marketed before the W-124 replaced it after 1985. However, supplementary models in the range of small cars were launched in 1982 by the name of Mercedes-Benz W201. In a manner similar to other cars, the models were named after the engine type, chassis type and sizes of engines. As for example, T represented estate Touring in the form of a station wagon or estate, C was used for the Coupe, D stood for Diesel, L represents Long wheelbase and E was used for Einspritzung which meals fuel injection.

History related to the model 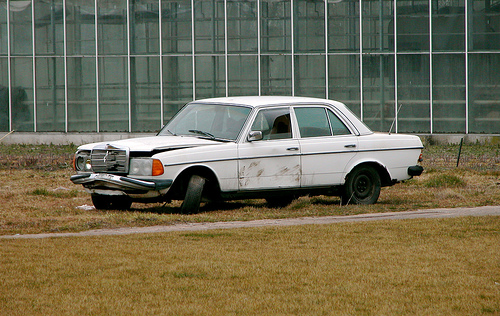 The four door version of the Mercedes-Benz w123 was introduced in 1976. Technical similarities with the predecessors did exist but the latest models were much bigger in exterior dimensions and wheelbase. Though there were some stylistic connections with the previous W-115, modernization of styling was executed. In the first case, almost all the models came with round headlights which were quad unequal sized. The 280 or 280E models came with large sized rectangular units though. These units met all the standards after they were modernized and carried over the W-115 engines while the 5 cylinder diesel model having a capacity of 3 liters was renamed to 300D from 240D. Only the 250s were equipped with a new engine known as the inline six model with a capacity of 2525 cc. In the process, it replaced the outdated Type M114 six having a capacity of 2496cc.

The saloon which had a wheelbase of 110 in (2795 mm) was replaced with the introduction of the coupe version having a wheelbase of 106.7 in (2710 mm). The W123CE/C was generally available in the form of the 230CE/C and afterwards as the 280CE/C. Supplementary versions of the vehicle in the form of 300CD which had naturally aspirated and later turbocharged diesel engines with a capacity of 3 liters. The car was developed with so much care and attention that the massive increase in its instant delivery resulted in the development of the black market in Germany. There were customers who had to wait for a year in order to purchase the W123 at the prescribed list price from the domestic dealers.

The versions which had a long wheelbase of 134.8 in were produced from the month of August in1977. They were available in the form of chassis equipped with complete body clip in the front and saloons having seven or eight seats. The former ones formed the foundation for hearse and ambulance bodies manufactured by other suppliers such as Binz or Miesen. The Auto exhibition that took place in Frankfurt in 1977 in the month of September saw the introduction of the estate version of Mercedes-Benz w123.